If you want to know the best and worst year models of Duramax engines, then you have come to the right place.

The joint venture between Isuzu and General Motors (officially known as DMAX) in Moraine, Ohio, brought about the Duramax diesel engines that consist of eight-, four-, and six-cylinder engines.

The Duramax engines came in both V and inline (I) configurations, with most of their applications being in Chevrolet and GMC vehicles.

The older models are simpler but come with lots of complications such as overheating, head gasket failure, weak tie rods, and water pump failures, just to mention a few.

The new models improved upon their predecessors, but they are more complex.

We will look at the various year models of the prolific Duramax engines.

Our focus will be to highlight their features to show you their weaknesses and strengths.

Stick around to learn which Duramax engines to avoid and which ones to buy.

Enter the engine model in the Search Box. E.g. LB7

Newer engines will not trouble you as much as the old models.

When looking for a reliable machine, the phrase ‘old but gold’ does not apply.

Moreover, these year models are not safe to use as newer ones due to new features such as DEF (diesel exhaust fluid) and DPF (diesel particulate filter) systems implemented in the 2010 to 2021 Duramax engines.

You will also find out that the efficiency of Duramax LGH to Duramax LM2 is higher due to the combination of efficient systems and computerized tunes.

New emission regulations were also implemented in the Duramax engines in 2011 and later.

The improvements made the machines more complicated but safer and drivable for longer.

Another advantage of the new 2011 to 2021 models is their use of after-treatment systems that enable vehicle users to tune the fuel economy.

With this system, you can increase your vehicle’s fuel economy by adjusting the exhaust after treatments.

The best Duramax diesel engine year models that are safe to buy include:

You should avoid buying Duramax engine models from 2001 to 2010. Engines from this era are full of mechanical issues as well as durability limitations based on their build quality, the materials used, and available features.

Duramax engines such as the Duramax LB7 and Duramax LLY have frequent issues that involve the:

It will cost you a lot to repair and maintain these engines, and their lifespan is short even if you get one new.

Enter the engine model in the Search Box. E.g. LB7

The Duramax LB7 is a Regular Production Option (RPO) code for General Motors that denotes the Duramax engine produced between 2001 and 2004.

Its block and head were made of cast iron and aluminum, respectively.

It is the least functional engine of the line-up, but a turbocharger and intercooler make it formidable.

The common problems in the LB7 are the most prevalent in the Duramax engines.

Customers have reported issues with the fuel injector that goes bad quickly.

There is no fuel lift pump in the LB7 engines and the water pump leaks.

LB7s also experienced overheating and head gasket failures over a prolonged period of use.

Other issues with the engine include:

Despite its powerful output and sufficient application in GMC and Chevy vehicles, the LB7 is the least recommended engine in the group.

You should not buy this engine lest you end up spending a lot of time at the mechanic shop.

The Duramax LLY engines took over the Duramax engine category fully by mid-2004.

DMAX improved the injectors due to so many failures in the LB7.

This helped save a lot of labor charges if you were to replace the injectors.

Like its predecessor, the LLY did not fall short of many issues.

Despite the upgrades, the LLY engine still had head gasket failures, water pump malfunctions, overheating of the engine, and lacked a factory lift pump.

The LLY was an improvement on the LB7 but still retained a lot of issues that will make it a hard bargain for the current market.

It would be best not to buy the LLY due to its many problems and the lack of essential features like the factory lift pump.

The 2006 to 2007 Duramax V-8 engines have two VIN codes due to delays in getting EPA certification.

There is Vin 2 and VIN D; VIN 2 is identical to the VIN D but uses the tunings of the LLY.

VIN D was the post-EPA certification model with a computer tune for more power and torque.

Improvements include an upgrade of the primary bearing material, which enhanced durability.

The compression ratio was modified to 16.8: 1 from 17.5:1, and the connecting rod ‘I’ was made thicker for more strength.

The engine was made quieter by the introduction of air induction systems.

LLY/LBZ saw the first use of the 32-bit E35 controller for regulating fuel flow to improve efficiency and reduce carbon emissions.

LLY/LBZ engines had more strength and efficiency than any other Duramax engines at the time.

LLY/LBZ from 2006 to 2007 is considered one of the most reliable and rugged engines from the pre-emission era.

They are widely sought out because of this and can be a great buy if you are looking for a Duramax engine of this time.

Beware that they have more issues than recent Duramax engines from 2011 to 2021.

The Diesel Particulate Filter (DPF) was first introduced in the 2007 LMM Duramax engine.

The engine has a 6-speed Allison transmission and features the same compression ratio as its predecessor.

It comes with a V-8 configuration housed in a cast grey iron block and cast aluminum head.

The first common issue in LMM 6.6L engines is the new DPF system and active regeneration that continually malfunctions.

The introduction of the DPF system makes the LMM a compelling buy.

However, it would help if you did not buy this year’s models due to the improvements and upgrades in the later models from 2011, like the LML.

The V-8 engines were not used in many vehicles like most Duramax engines.

The recurrent issues of LML engines include;

LML is the first great buy among the Duramax engines we will recommend.

Experts and frequent users attest to the reliability and efficiency of these engines due to the lack of previous Duramax engine issues like Allison 1000 power limitations and water pump failures.

The Duramax LGH came with a 6.6L displacement and was used before 2011 when its official production started.

It also came with DPF and DEF systems to comply with the country’s emissions standards.

LGH engines were put in vehicles between 2011 and 2016 and 2010 interim Chevrolet Express and GMC Savana vans.

The only common issue with the Duramax LGH is the CP4.2 injection pump failure.

LGH engines are good engines considering they have one recurrent issue.

Additionally, introducing DPF and DEF systems is great for us to recommend you buy them.

Oddly enough, the LGH has more recurrent issues than its predecessor. The issues include:

L5P is good, and an excellent buy for your GMC and Chevy needs.

The Duramax L5D may seem like a different engine, but it is a downgraded version of its predecessor, the L5P.

The purpose was to increase its reliability while at the same time reducing the downtime.

Duramax L5D is very reliable and efficient, with the only common issue being the air filter failure.

Duramax L5D is a great engine and is an excellent buy in the current market.

It has the latest specifications and a broad application base.

The Duramax XLD25 is the first non 6.6L engine from DMAX.

This Inline I-4 engine has a 2.5L displacement, making it smaller than any previous Duramax engine.

The engines feature DOHC (double overhead camshaft), four valves per cylinder, and a compression ratio of 16.5:1.

Duramax XLD25 was designed to be used in:

Vehicle owners have not reported any significant issues with the XLD25 engines.

They are worth a buy due to their extensive features and durability.

The Duramax XLD28 is similar to the XLD25.

You can find Duramax XLD28 in:

Like XLD25 engines, the XLD28s have minor issues that may cause concern in terms of their durability and efficiency.

You should buy the XLD28 engines if you want a reliable and efficient engine for your Chevy or GMC vehicle.

The Duramax LWN engines use the same 2.8L displacement as the XLD28 and have a similar inline configuration with four cylinders.

Duramax LWN can be found in:

Like most current Duramax engines, the LWNs are relatively new and haven’t been thoroughly tested to figure out their everyday issues. The only reported problems include DEF pump failures with the heater and turbo malfunctions.

Apart from that, the engines are highly reliable.

LWN engines are good and a great buy in the current Duramax line-up.

There are no major issues, and the typical issues are easily fixable.

The Duramax LM2 is the latest addition to the Duramax engine line-up with its 3.0L displacement and unique inline I-6 layout.

You may find Duramax LM2 in:

Since it’s the newest Duramax model, the issues are not as common as you may detect in older models.

The only problem you may find is weak tie rods, but it is unlikely most of the time.

So far, the LM2 is considered the best 3L inline engine from DMAX.

You should buy the LM2 Duramax engine if you are in the market for a newly built 3L engine with DOHC, four valves per cylinder.

The extensive list mentioned above shows the best and the worst model years of the Duramax engines.

Engines before these are less reliable and plagued with major mechanical and structural issues, as well as missing components.

All in all, the latest Duramax engines are powerful and well-tuned to fit your GM and Chevy needs. 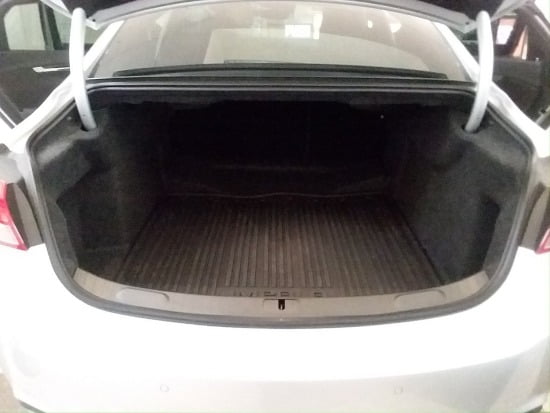